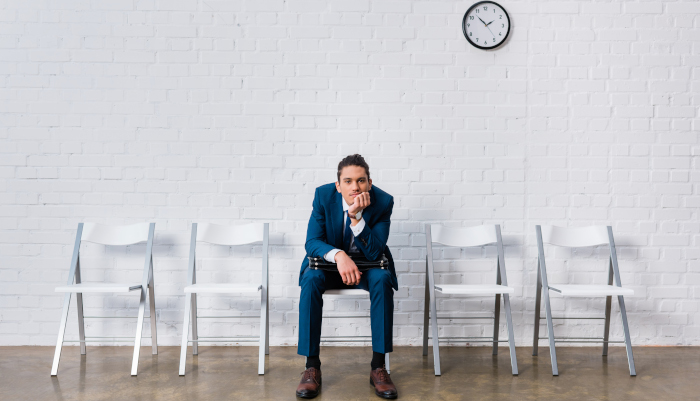 Most companies out there put a huge push on efficiency and running “lean” — doing the most possible with the least amount of overhead.  And in most cases, that’s a very noble goal — after all, overhead in the form of people and positions is generally the highest cost that companies face. Reducing the number of people needed to achieve the same goals allows the revenue side of the equation to exceed the costs — which is almost every company’s end goal, to achieve a sustainable business model that makes money for the owners of the business.  The problem with this is that it’s often taken too far — the drive to be “lean” winds up causing more headaches and issues than it creates an environment conducive to success.  This issue isn’t only of concern to Product Managers, it affects every part of the business, from sales to marketing to support to development.  And because of that, we’re often in a unique position to see they dysfunctions that trying to drive too lean causes throughout the company.  It’s up to us to be aware of the risks and raise them as we start to see red flags, before they damage the ability of the organization as a whole to compete in an increasingly competitive marketplace.

Running Lean is Essential for Success

It’s undeniable that companies in our current economy have to drive out waste throughout the organization in order to squeeze as much profit that they can from their revenues.  Obviously, this tends to be more of a focus as a company’s revenue begins to plateau or even decline, but even companies on the upswing of their market trajectory should be keeping an eye on bottom line growth.  And we all know that the biggest cost faced by most companies is the fully-loaded expense associated with an employee — pay, benefits, taxes, etc all add up very quickly.  It makes perfect sense, then, that companies who want to control growing costs and expenses focus on running lean, optimizing their team sizes to get the most work out of the fewest resources.  But there’s a very careful balance to be had here — we can’t really expect that every single employee will be 100% capacity every single day, every week of every year. If we’re going to make decisions about team sizes based on cost, we need to ensure that we’re planning for a realistic level of efficiency.

Plan for the Peaks, not the Valleys

Many, many years ago, I worked in a technical support center for a local Internet provider (yes, these were the bad old days of dial-up connections and screeching modems).  They were, like most call centers, brutally focused on efficiency.  They tracked everything, from time on calls to time between calls to time not taking calls, to how many bathroom breaks you took in a day.  The quality of the service you provided didn’t matter a bit to them — it was entirely “churn and burn”.  And if someone called in sick or didn’t show up, we all suffered — because the schedules were built for the valleys of the day, the theory being that nobody should have more than 10 seconds between calls — but at the same time, nobody should stay on hold for more than 60 seconds.  It was a total contradiction — because they didn’t plan for the peaks of traffic, but only for the valleys.  Fast forward a couple years and I landed at a company that employed legal professionals to support their product, which makes sense since it was a legal tech product providing an essential service for lawyers.  As the team lead I was constantly fighting for a schedule that allowed us to handle the peaks, rather than being fully deployed for the valleys — and this resulted in incredibly high customer satisfaction, since we could take the time to provide personalized service to each customer without worrying about our metrics.  The same principle applies throughout the organization — whether you’re dealing with support, sales, marketing, or development, planning for the peaks instead of the valleys means that your people are focused on delivering the highest quality work that they can, and not concerned with just fighting fires as they come up and maintaining metrics that bear little resemblance to actual business impacts.

Cutting to the Bone Exposes Weakness

Efficiency and capacity aren’t the only things to beware of when making plans to run lean, though — there are a lot of things that people take care of on a daily basis that management might not be entirely aware of, or willing to take into account.  It’s pretty rare that people only do one thing when they’re at work, especially in an Agile environment — rather, we try to put together teams made up of people with complementary strengths and weaknesses, so that the whole of the team is better and more effective than the sum of its individual parts.  And, when we remove some of those parts, we’re losing more than just their individual part as well — which is an intangible that far too many people fail to take into account when making sizing decisions.  The smaller a pool we make available to ourselves, the lesser our ability to leverage a broad spectrum of interests, knowledge, and capabilities.  And the more homogeneous we make our pool of resources, the more weakness we’re going to expose and the higher our risk profile becomes.  While it may seem that everything can proceed unencumbered, that’s a judgment made based on the “known knowns” that we have in front of us — but our weaknesses shine brightly under the light of the “unknown unknowns” that come back to bite us in the ass.  It’s pretty critical that we ensure that we’re taking into account the whole contribution that our people are providing, rather than just a resume or role in the organization.  Cutting the wrong person at the wrong time can set your progress back significantly, and that’s an entirely avoidable decision.