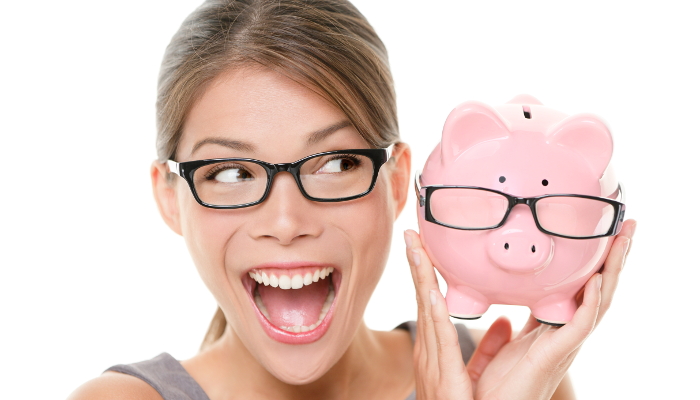 It’s amazing to me how often I talk with someone about a project they’re working on, and when asked “what’s your budget on this” they just look at me with a blank look.  Let’s be real for a minute — everything we do in product design, development, and management has limits.  We have limited resources.  We have limited time.  We have limited energy.  But all too often we just assume that everything that we’re doing requires 100% of our effort, 100% of the time.  But that’s simply not true.  Some things are more important than others.  Some things require more time and effort and energy than others.  Some things that we do can slip through with a smaller amount of our attention than others.  We instinctively do this, but we rarely actually plan it — and that’s to our detriment and to the detriment of our stakeholders.  Laying out a clear understanding of the amount of effort that you’re expecting to spend on any given project or component can be an essential tool in any Product Manager’s belt.

As Product Managers, we work with a lot of different teams — design teams, graphics teams, documentation teams, development teams, marketing teams, and so very many others.  And often, these teams don’t come to the project with the same understanding of all of the component parts and context that we do.  Lacking this, they’ll often engage at whatever level of effort they assign to the work to be done.  Sometimes this results in them putting more effort in than we really wanted them to — meaning that other work they need to do gets put on the back-burner.  And sometimes this results in them putting less effort in that we expected — which often leads to rework and disappointment.  If instead, at the outset of everything that we do, we document just how important a project is, just how much effort we want to spend on it, then we’re allowing our teams to align their work to ours.  We’re providing them with important information to use when planning out their own work streams.  We’re aligning everyone against a single, clear, understood standard of work — so there aren’t any surprises as each team takes on their part of the work.

In addition to helping us align the different teams who are all required to pull off a successful product or feature launch, establishing and communicating a clear effort budget provides us with the ability to assess how closely the work actually being done matches our expectations and estimates of how much would should be done.  Estimation is an inexact process — even moreso when it’s done at the outset of a project, when there are so many unknowns that some might think it’s pointless.  But, because we all ultimately report to a business that has its own deadlines, expectations, and goals, we simply can’t ask for time, money, and resources based on zero estimations.  That simply doesn’t fly at the higher levels of the business, where ROI is the name of the game.  So we make initial estimates, we start projects, and we hope that those estimates are closer to reality than not.  But without documenting not only how “big” we think something should be, but also how much effort we think we want to plan, we encourage dysfunctional behaviors.  We unwittingly provide fodder for development teams to put in overtime, all-nighters, and crunch-time — when it’s entirely possible that the project isn’t really worth it.  By laying out ahead of time just how much effort we want to spend on something, we can easily identify when we’re exceeding those boundaries.

Unfortunately, just knowing when we’re exceeding our plans simply isn’t enough — we need to do something about that situation.  This could mean that we back off of the project, or even shelve it.  Or it could mean that we double-down on the project and increase our budget due to new information that we’ve collected.  But if we never lay out the effort budget at the beginning, we can’t have the same quality of conversations about what we’re trying to achieve.  Our teams and management will simply assume that everything needs 100% effort, 100% of the time — even though they know that’s not a reasonable expectation.  And then when we need more effort, or we need to shift priorities, or we need to shelve some work that we’ve started, we’re in an awkward position that we put ourselves in.  Because we didn’t manage expectations from the beginning, we’re left hanging when something inevitably goes sideways on us.  And without some agreement from the outset how important something is, how much work we want to do on it, we’re hamstringing ourselves and setting up an unnecessary conflict when something goes wrong.  Instead, if we have the ammunition of prior agreements in hand, we’re now not talking about why something “failed” — we’re talking about why something requires more work than we thought it did.  We’re asking for a reprioritization of work, rather than forgiveness for a “miss”.  We’re setting the context for future discussions simply by ensuring that we’ve documented the amount of effort we all agree should be spent, ahead of time.