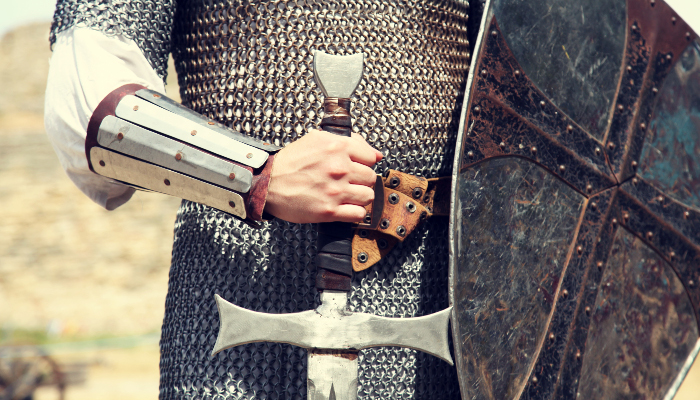 In many organizations, conflict is part and parcel of the culture — some conflict can be constructive, some destructive, but most of it can just be downright annoying.  And, because we often sit right in the middle of all of the random agendas, battles of ego, and emotional storms that can rage throughout the company, Product Managers often wind up dealing with the outcome of these conflicts if we’re not pulled deeply into them by one or more of our stakeholders.  And while it can often be tempting to take on all comers, to defend your territory and your teams to the bitter end, the sad truth is that all too often, these conflicts simply aren’t set up in a way for us to “win” — and seeking that extra mark in our “W” column can often be counterproductive rather than helpful in the long run.  All of the best Product Managers know that sometimes when there’s a fight that you’re not going to win, it’s far more important to lose gracefully than it is to die on a hill for something that ultimately didn’t really matter much.

Why Pick Your Battles?

To put it bluntly, our jobs are filled with too many conflicts to try to win them all.  From the small battles over changes made to a product that deviate from a spec, to the bigger battles around resourcing and short-term planning, to the biggest battles over strategic direction and HiPPOs, we simply don’t have the time or the energy to take on every single battle and make each one a final stand for what’s “right” in our minds and hearts.  Additionally, we have to keep in mind that the primary goal of Product Management is to be able to lead through influence, and fighting battles unnecessarily almost always results in a loss of social capital for ourselves in the eyes of the people we’re engaging with.  Now, this doesn’t mean that you should avoid going toe-to-toe with someone just because you’re worried about your reputation — if the stakes are high enough, we need to be able to take on the CEO when needed.  Rather, we need to carefully calculate the long- and short-term effects of making some stand, and act accordingly.

How do You Know a Battle is Worth “Losing”?

In my many years as a Product Manager, I’ve developed a bit of a “Spidey-sense” with regard to whether a battle is worth fighting, or whether it’s something that I’m willing to take a pass on.  More often than not, my instincts have been pretty spot-on, though there have been a few times where I’ve let my heart overrule my head, and almost invariably I’ve paid rather dearly for those miscalculations.  Thinking through what sorts of battles we probably don’t want to fight, I can think of a few red-flag warning signs:

All of these really have one thing in common — there’s not actually a battle to fight in most of these situations.  If you’re behind the curve, and a decision’s been made, you don’t always have the option to debate or fight for what’s right.  If you don’t have the data to arm yourself against the HiPPOs likely involved, you’ll be sacrificing yourself for a predetermined outcome.  If multiple HiPPOs are arrayed against you, and you can’t sway one or more over to your side, you’re simply tossing good social currency after bad.  This doesn’t mean that you never fight such battles — sometimes there is a good reason to march up a hill that you know  you’re going to get cut down on — but we shouldn’t take such decisions lightly, and we should err on the side of mitigating the impacts of these decisions, rather than overtly challenging them.

Losing with Style and Grace

Let’s be clear, though — “losing” these battles doesn’t mean that you have to just silently take what’s being told to you, nor that you have to slink away with your tail between your legs.  “Losing” a battle can actually be a winning proposition for you in the long run if you do it “right”!  How to do it “right” might vary depending on the exact circumstances, but there are a few key phrases or approaches that you can take to ensure that you walk away from such a situation standing tall, even in “defeat”:

The goal of each of these is to accept the decision, and to immediately position yourself so that you can male plans to mitigate any harmful consequences of it.  You’ll notice that all of them accept the decision without overtly agreeing with it — we don’t have to agree if we don’t, but we may have to act on decisions that we don’t agree with (such is the plight of the Product Manager).  Most importantly, all of them let you walk away from the situation with a positive spin on the choices being made, and a plan in place to manage the fallout or repercussions that you are concerned might come to pass.