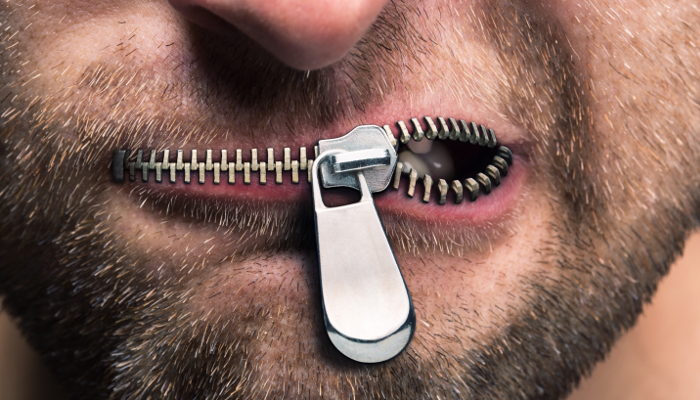 While Product Managers have a great many tools in their belt to use when working internally with stakeholders or externally with customers, there’s one tool that seems to elude so many of us.  That tool is silence.  When you’re talking with someone and trying to get them to say what’s really on their mind, what’s underlying the things that they’re telling you overtly, silence can be one of your best tools for figuring out what they’re really thinking, what problems they really have, and what’s really motivating them.  Silence can be an amazing tool when used properly and in the right circumstance — it essentially forces the other person to fill in the gaps of conversation, and when they do it’s usually with something that comes from the subliminal thought processes rather than the conscious ones.  In my constant effort to empower Product Managers everywhere, here are some thoughts on using silence effectively…

Before we can try to use silence in our daily work, we need to understand why it works so well.  And that’s actually pretty simple — human beings have a psychological aversion to silence during a conversation.  There’s a reason we colloquially refer to a gap in conversation as an “awkward silence” — and it’s because we expect conversations to flow from one topic to another, and for there to be a give-and-take that keeps things moving.  When that flow is disrupted, it is indeed “awkward” and people then feel the need to fill in the gap.  But, because the flow has been interrupted, what they choose to fill in that gap with often comes from the top of their head, heavily influenced not by their conscious, focused mind but rather by their subconscious, subliminal thought process.  And this, ultimately is why we can use silence to our advantage — as Product Managers, our constant goal in our interactions with stakeholders and customers should be to figure out the problems they’re having that they’re not telling us about, so that we can tackle those to surprise and delight them.  Combining effective use of silence with the “five why’s” approach allows use the opportunity to dig deeper and explore tangents that we would never have available if we were just listening to what people want to tell us.

It’s really important to note that not all silence is equal — and we don’t want to freak people out by just sitting across from them and staring intently at them with our pen hovering over a piece of paper, ready to capture whatever gem they finally come up with.  Rather, we need to carefully weave silence into the conversation, at the appropriate time, so that it seems natural and not too uncomfortable.  Silence is used best when you reach a natural stopping point in a conversation, or where the person you’re talking with seems to have run out of steam on their side.  We love this point in the discussion because they’ve emptied their conscious thoughts, and they’re ripe to dive into their subconscious for the next tidbit of information.

Equally important to the timing of your use of silence is the length of the silence — and this is a little more art than science.  We want to pause long enough to insert some discomfort in our partner, but not long enough that we make them feel too uncomfortable and thus lose trust or social capital.  I find that about 5 seconds of silence is sufficient to either trigger some subconscious tangent, or to say something to move the conversation along.  Sometimes, rather than directly engage, you can also use some old psychologist tricks as a variation on the “five why’s” to see if you can dig out a nugget of wisdom — something like “tell me more about that” or “do you think that’s a common problem for users of our product?”  These kinds of probing questions, proceeding from a point of silence, are often the keys to the kingdom of finding unspoken pain points to solve.

I’ve covered the topic of Active Listening before, but it’s totally relevant to the concept of using silence effectively.  That’s because if we are engaging in active listening, we shouldn’t just be responding immediately to what’s said; rather, we should be taking a moment to collect our own understanding of what’s said, and take time to mirror that back to the person we’re talking with.  These moments of understanding and consideration insert deliberate silence into the conversation — something that establishes a pattern of behavior and expectation with the person you’re conversing with.  And this, in turn, allows you to leverage that patter to insert a longer moment of silence that creates the disruption that we’re looking for — the opportunity for some insight we wouldn’t have gained otherwise.  Of course, there’s also a risk here — and that is that by establishing patterns of active listening, we build a pattern that negates the use of actual silence.  So we need to be very careful to balance out the needs of actively listening, prompting, and mirroring with the use of effective silence to uncover subconscious thoughts.  There’s an art to it, and I hope you take time to practice it in your daily work — I promise you it will pay off in the end.