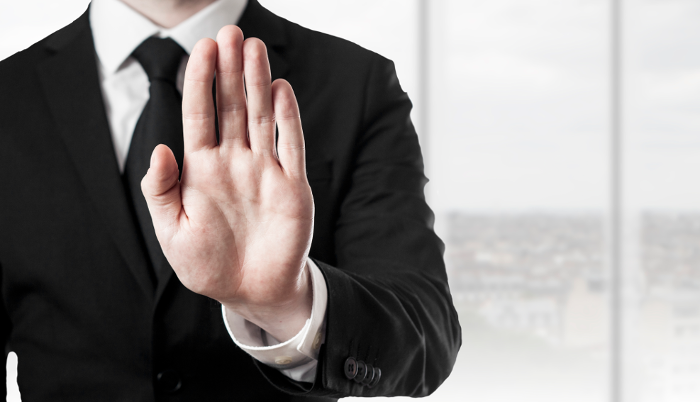 A recurring challenge that many Product Managers face is coping with stakeholders who attempt to block our efforts, either covertly or overtly.  Sometimes these situations arise due to simple miscommunication, but other times they’re power plays, the results of internal politics, or even caused by grudges held from previous slights — real or imagined.  To excel in Product Management, one must not only deal with these blockades as they arise, but you need to predict when, where, and how they’re likely to come up so that you can head them off before they even become an issue.  To do that, though, we have to try to figure out what the most common reasons are for stakeholders to actively or passively interfere — and that’s what the Clever PM is here to share with you.  In this first installment I’m going to focus on overcoming passive resistance, and we’ll address more active resistance in a future piece.

The trick with passive resistance is that it’s not usually something that you’ll see or even notice until it’s too late — it’s the kind of thing that creeps up on you as you move forward, completely unaware that it’s lying there under the cover of darkness waiting to pop up at the most inopportune time.  The other trick is that it’s not usually something that your stakeholders are even aware of doing, or planning, or thinking about.  Most of the causes of passive resistance can be boiled down to one of three things: a lack of understanding, a misalignment of goals, or cultural aspects which foster such behavior.

The single most common source of passive resistance is simply a lack of understanding on the part of the stakeholder as to what you’re trying to achieve or how you’re going about achieving a mutual goal, and can either be caused by a lack of clear and direct communication, or by simple misunderstandings between the stakeholder and the Product Manager.  Fortunately, these kinds of misunderstandings or lack of understandings are often the easiest source of resistance to resolve — you simply need to find out what part of the communication wasn’t clear, and work directly with your stakeholder to clarify the message, the decision, and the methods that others may have agreed upon.

That will help you in the moment, but to stop this from happening in the first place we need to figure out the source.  The root cause of these forms of resistance usually comes from assumptions made on the part of the Product Manager that either (1) communication is being managed by others, particularly senior members of the organization; (2) that the way in which something was communicated to one team is accessible and digestible to another in the same format and phrasing; or (3) that there was tacit understanding on the part of the stakeholder during some meeting in which they were present.  Once we understand that we’ve made one (or more) of these assumptions, we can address them directly — we can (1) communicate directly with the stakeholder, (2) using their language and context, and (3) confirm their understanding after any meeting.  These proactive steps are a necessary checklist for any Product Manager to follow with their stakeholders — regardless of whether there’s resistance or not.

Another very common cause of stakeholder blockades comes from a fundamental misalignment of goals between the Product Manager and the stakeholder.  Sometimes, these are easy to remedy, since they’re more of a lack of understanding, and the goals actually are aligned — these can be solved merely by talking it through.  But other times, there’s a more fundamental issue underlying the misalignment — perhaps the Sales team is short of quota and entering the last month of the quarter, so they’re targeting big whales while the Product Manager has been directed to focus on SMB expansion efforts.  These challenges are a little deeper seated in the organization and are likely to require more effort to dig into and discover, but it’s essential as a Product Manager that you understand what’s motivating the stakeholders and what their current pain points are, so that you can identify the possibility of disconnects ahead of time and work to better align the goals that you’re working toward with the goals that your stakeholders are working toward.  This is especially important when those goals are changing under some kind of unspoken or under-the-radar pressure — knowing when your sales team might be in a money-focused mood, or when your developers are about to enter a crunch, or even when your finance team is tallying up the quarter’s revenues and costs will absolutely help you to sidestep these misalignments and identify them before they impact your work.

Working in a company that has a geographically diverse team has really reminded me of the cultural issues that can often arise within and underneath organizations that have real impacts on the ability of a Product team to perform and succeed.  Some of these things are literally cultural (such as was raised with a recent PM candidate here — that the nodding and “yes, yes” that you hear from some Eastern cultures might not be agreement, but merely a confirmation of understanding), and others are a part of the company culture that grows over time.  Product Managers have a unique position in most organizations where these cultural mores and standards often wind up hitting us harder than others — because we’re usually the ones tasked with ensuring commitment from a wide variety of teams and people.  When we’re unaware of how those cultural expectations and behaviors might be driving passive resistance, we often wind up finding out too late to respond in a productive manner and instead react reflexively to “save” our efforts.  I highly recommend taking a step back from your day-to-day work every so often and seriously ask yourself what dysfunctions exist as a matter of course and culture in your organization and what you as a Product Manager can do to influence change for the better.