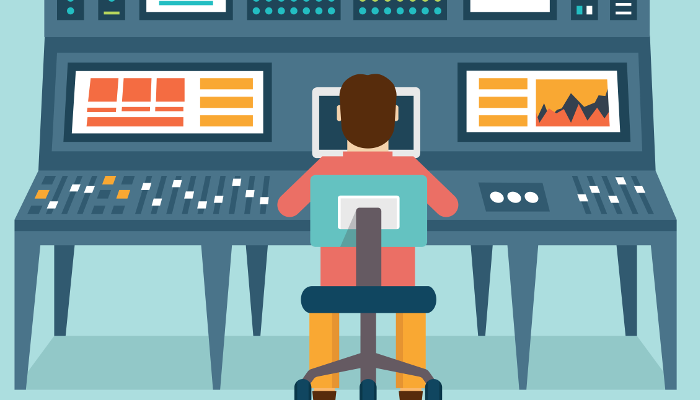 There are a great many different corporate cultures to be found in the world, but one consistency among far too many of them is decision-making processes that rely more on gut-level instinct and whomever yells the loudest rather than on hard data.  For some companies, this has served the CEO well — a small, nimble startup can’t always waste time doing detailed validation or data-gathering in a “stop moving forward and you’ll die” environment.  In other companies, it’s become the de facto standard due to strong personalities who may prefer authoritarian leadership styles over more democratic and empowering styles.  Regardless of the reason, though — companies like this eventually wind up struggling because they make the wrong choice one time too many, based on the leaderships “market instinct”.  And it’s our job as Product Managers to shepherd these companies into a more modern-day, data- and hypothesis-driven approach.  Here are three major reasons why data-driven management is far more effective than management by gut or personality.

The single most important reason why we want to make decisions based on data is that it removes bias.  Every one of us is influenced by one or more of the common cognitive biases in our everyday life.  In fact, it’s how human beings have adapted and evolved into the quick thinkers and decision-makers that we are.  We don’t wait to collect all of the possible data before acting — in the wild, to do so would mean being eaten by a lion or other predator in pretty short order.  Rather, if you see the tall grass disturbed,  you run — you don’t wait to see what’s going to spring out.

Unfortunately, what’s adaptive in the wild is the opposite in the civilized world.  Product decisions are not fight-or-flight, live-or-die decisions out on the savanna.  Rather, they’re forward-looking decisions that should rely on equal parts vision, strategy, data, and a little bit of risk-taking.  We need to proactively fight the biases that we bring with us — and to call out the biases that others may be relying on.  While the classic Pragmatic Marketing line of, “Your opinion, while interesting, is irrelevant” might be overstating things more than a little, it reminds us that the most common bias that we fight is assuming that we are our customers, and that our needs reflect theirs.

Many of us have heard the classic aphorism from Jim Barksdale of Netscape fame: “If we have data, let’s look at data. If all we have are opinions, let’s go with mine.”  While this can be read as a typical “HiPPO” statement (“Highest Paid Person’s Opinion”), what it points out is that the quickest and easiest way to cut through the culture of “loudest in the room wins” or “I know the market” is to provide specific, detailed, and actionable data.  Data is the ultimate equalizer — once there’s data in the discussion, even if it’s invalid, questionable, or statistically faulty, people switch from their reactionary, emotional decision making processes to their more rational, logical mental models.

Sure, people can challenge the source of the data, the process used to obtain it, or even what the data represents.  But even if that’s the outcome, you’ve changed the fundamentals of the conversation, so that it’s not simply a matter of someone yelling the loudest, or having the position power to make a decision — rather, it’s a matter of debating the facts and the data, and even digging deeper into the data and exposing additional biases or faults that we weren’t aware of at first.  Regardless, you’ve switched the conversation to be about the data, and thus indirectly about the actual market and customer, rather than someone’s opinion or biases.

Having said all of that, data isn’t a “silver bullet” that’s going to solve every situation, nor is it guaranteed to have the effects that we want or the outcome that we expect.  But that shouldn’t deter us from continuing to push for data-driven decisions — culture change is hard and takes time.  Even when our data is overridden by the person that yells the loudest or makes the most money, we can have our data in our back pocket.  Not as an “I told you so” — that’s pretty much the opposite of building rapport and influence in your organization — but rather as a way to re-engage at a later date, to ask what faults there were in the data, and to use as a basis for follow-up.  Ironically, when our data actually winds up supporting the decision that was made (even if it pointed in the opposite direction originally), we gain a little more authority and influence and clout in the future with that data.

In short, we can’t always expect that data is going to drive the organization in the right direction or to make the right decisions.  But we can use our data to establish credibility, to build a basis for future change, and to begin to influence the culture from the bottom up.