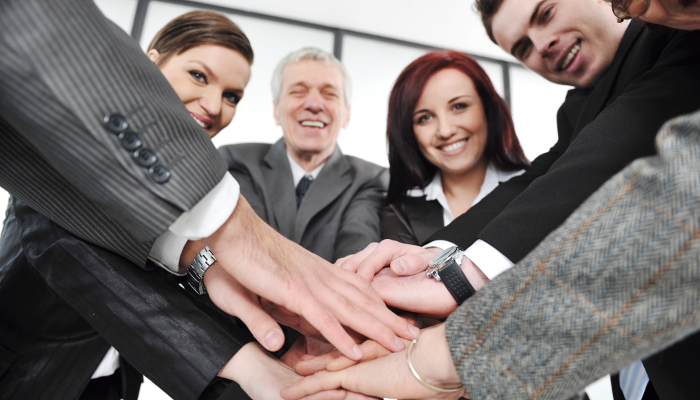 As Product Managers, we’re often involved in making decisions and driving others to decisions that need to be made — sometimes dragging them kicking and screaming toward the future.  And in doing so, there’s often an undercurrent of “reaching consensus” that runs through discussions and permeates meetings comprised of varying people with a wide breadth of interests and agendas.  But the simple fact is this: consensus is, more often than not, a means by which the great is sacrificed at the altar of groupthink.  Great ideas are rarely consensus-driven ideas; they challenge too much of the status quo to be something that everyone can agree on.  Let’s explore some of the ways that consensus-driven decisions suck…

“Consensus” is Often Doublespeak for “The HiPPO’s Opinion”

I’ve touched on HiPPOs in other articles (like my popular post for UserVoice) — but what people often don’t realize when engaging in consensus-driven discussions is that it’s often not really consensus that’s being reached, but rather simply agreement with the HiPPO’s position on the subject.  This is because when there’s a drive to consensus, it’s often driven by one or more people in the organization either disinterested in taking responsibility for bucking a trend or very interested in exercising what they perceive to be their own power and authority — often through the channel known as the HiPPO.  Rather than working to align people around one person’s opinion, however — we need to push people to think creatively, to be independent, and to come to the table with the best ideas, not just the most popular ones.  That said, it’s not always dysfunctional to defer to the HiPPO in the room — if they have data to back their position, and if that position would be equally compelling coming from anyone else in the room — it’s only a problem when people are aligning behind the person rather than the position — which often happens when the culture seeks consensus rather than agreement.

Consensus Takes Too Much Time

When was the last time you walked into a meeting where a difficult decision had to be made, and rather than making a decision the team walked out with hours of further research to do, only to come back and do it again the next hour/day/week?  This is a strong indicator of a dysfunctional consensus-driven organization — the inability to actually come to a decision.  Trying to convince multiple people with varying levels of interest and contrasting personalities is time-consuming, no matter how you cut it — and requiring that everyone be on-board with a decision means that you have to invest that time every time you want to drive to an important decision.  You need to create the right picture of the data for those who are data-driven; you need to create an effective emotional call to action for those driven by emotion; you need to create a financial picture for the dollar-driven — all to just get someone to make a decision.  Do we want everyone informed about the situation?  Absolutely.  But do we really need everyone to agree on the outcome?  No.  We need action over analysis, in the vast majority of situations.

I’ve worked in several consensus-driven organizations — and let me tell you the God’s honest truth:  They weren’t really consensus-driven.  They appeared to be, with everyone nodding their heads in agreement after seeing a slide deck custom-built to convince everyone in the room, or following the lead of the HiPPOs in the room.  But 48 hours later, the vast majority of them were grumbling about their pet peeve of the decision — “I wasn’t really heard,” or “I wasn’t as convinced as I thought,” or “I’d have liked to take more time.”  Even when you think that you have a consensus, chances are that it’s really not — rather, it’s a bending of the wills of the people in the room to a direction that they’re probably not really as committed to as they indicated.  And when that happens, you’re in for a world of hurt — people who don’t feel heard or who haven’t bought into the decision in more than words are extremely unlikely to act in a way supporting that decision.

So if we don’t really want everyone in the room nodding their head at the end, what do we really want?  Simple — we want more agreement than disagreement on the direction that we want to go.  We want that 50.00001% of concurrence on what’s presented, what the issues are, and what the solution should be.  At the same time, we want to identify only the next steps needed to move forward — we don’t need to commit the company to a six month effort to develop and release a new product to solve a problem; all we need is two weeks of development time to assess the effort level of what we want to do.  We need to approach decisions in as agile a way as we approach product.  Make the decisions that are needed right now, and put off decisions that require more information or further investigation to later.

The key things to do when driving to agreement are:

If you do each of these things when trying to make decisions, you’ll have more people better engaged in the process — sure, some people will be unhappy, but as my first mentor once told me: “If there’s not one person in the company who is angry at you every day, you’re not being a very good Product Manager.”