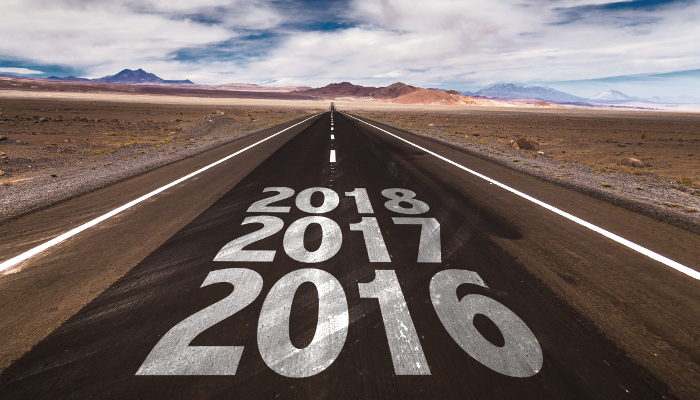 Here we are at the end of another year — I honestly can’t believe that 2017 is just around the corner!!  Over the past year I’ve had the pleasure of engaging with all sorts of new folks, provided some mentoring to new and experienced Product Managers, taught a couple classes at General Assembly, and even started work on a book I hope to launch next year!  I hope the past year’s been just as varied and interesting for all of you regular readers out there, and to close out 2016, I’ve put together the following list of the “Best of” for the past year.  So, without further ado, here’s the top 10 Clever PM posts for the year!!

While a lot of the top 10 are actually older content, I thought I’d start the list off with the new and interesting — here’s the top five articles first posted this year:

1. Which is Better – Kanban or Scrum?

2. How to Spend Your First 90 Days as a New Product Manager

A lot of Product Managers wind up rolling into the position with little to no preparation, training, or even a real understanding of the role, and it’s common for early struggles to really hamper a newly-minted Product Manager’s success.  To avoid this, it’s important to approach your job and your career just like you would any other product — by creating a vision of an intended future, and an action plan to get there.  Your future vision should be focused on establish a set of relationships based on trust and respect, having a solid bank of social capital, and making important decisions that are trusted because you are trusted by others in the organization.  Here’s a good framework for success that I’ve used (and advised others to use) to establish and build a successful role in nearly any organization.  If it seems like a long time, don’t worry — 90 days goes by so fast in a new Product Management role that your head will spin; accelerate the plan at your own risk and to your own needs…

3. Five Questions to Ask in Any Product Management Interview

At some point in every interview that you have, the people on the other side of the table will inevitably pose the ultimate question to you: “So, do you have any questions for us?”  There are hundreds of guides out there that list out the kinds of questions that you should ask in general, but due to the nature and uncertainty that comes with Product Management positions, I think there are several very specific questions that a savvy candidate should pose to their potential employer.  Far too often, we fail to take full advantage of this opportunity, and though it’s certain that there will be some amount of spin put into the answers that you receive, no Product Manager should leave an interview without asking these five questions…

4. Examining the Twelve Principles of Agile

A lot of attention is paid (here, as well as elsewhere) on the “Agile Manifesto“, and while it’s an important component of the Agile way of thinking, it’s not the be-all, end-all statement that came out of the Snowbird conference around the turn of the century.  Rather, there are twelve guiding principles in addition to the four core components of the manifesto.  Let’s take a quick look at each of these, and see how they affect how we perceive and implement Agile practices…

5. Why Isn’t Agile Working For Me, Part 4 — What to Do When Agile Isn’t Working

This is the fourth (and possibly final!) installment of my series of posts discussing why Agile may not be working for you or your organization.  Part One focused on the role of culture and training; Part Two focused on the importance of continual improvement and evangelism; and Part Three focused on lack of knowledge, lack of commitment, and lack of demonstrable progress as contributing factors.  In this installment, we’re going to talk about what you can do when you encounter situations where Agile (or “agile”) approaches aren’t working — small things that you can do to influence and support the transition of your teams, organization, and culture.

There seem to be tons of books out there that claim to be “perfect” for the Product Manager and those wanting to move into a role in Product Management. There are also reading lists across the Internet — some better, some worse. I’ve found the following 18 books to be essential reading for anyone who is or wants to be a Product Manager; the list is in no way a complete list of all the great books, but a shortlist of those that I think are absolute must-reads.

2. The Three Forms of Waste – Muda, Mura, and Muri

With Agile development and Lean practices so popular nowadays, sometimes the history behind these practices and philosophies is overlooked or skipped over entirely.  Unfortunately, when people miss the underpinnings upon which these concepts are based, they also tend to distort and remake those principles into something that only barely resembles the original concepts behind them.

3. The Role of Product Manager in Scrum

One of the sometimes-confusing aspects of the Scrum approach to Agile development is how a Product Manager fits into the system.  It’s important to understand that Scrum was designed originally as set of development practices, and as such from the textbook perspective views everything through that lens.  The crux of the confusion comes primarily because Scrum has a role called a “Product Owner” which is intended to be the teams “contact point” with the outside world.  All too often it is just assumed that this is a role that melds entirely with that of a Product Manager, without critically assessing what that role really is, how it needs to be managed, and what other duties a Product Manager needs to engage in that aren’t comprehended by Scrum as a development practice.

4. Better Brainstorming — A Framework for Success

I know, we’ve all been in a “brainstorming” session which devolves into either a pointless series of discussions that never goes anywhere, or which are code for “let the executives speak, and follow their lead.”  The simple fact is that most people aren’t trained to work in a true brainstorming fashion, and that most businesses don’t invest in the right kind of thoughtful facilitation that’s necessary to have effective brainstorming sessions.

Roadmaps are a pretty popular topic whenever Product Managers congregate — whether that’s online or at events like ProductCamp.  It’s also one of the things that new Product Managers or Product Managers moving into a new role in an organization often struggle with.  It doesn’t help matters that different companies, different execs, and even different product managers can often have entirely different opinions about what a roadmap is, what it looks like, and what it’s supposed to be used for.

I hope you see something here that you either haven’t read or that you feel the need to revisit!  And here’s to a successful and prosperous 2017!