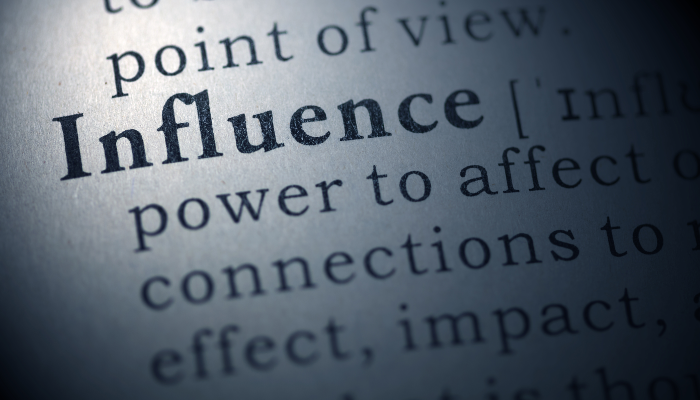 We’re often told that Product Managers “lead through influence” — that we don’t generally have the direct authority to get things done, but rather do so through convincing others of the best option available from the myriad choices they have.  The bad news is, that’s really damn hard.  The good news is, we’re not alone — in any given organization there are many different teams and members who lead through influence rather than authority…and identifying who they are and how we can work together with them is an essential tool that every Product Manager needs to have in their back pocket in order to be successful.  Here are some clues that we can look for to identify those fellow influencers so that we can work with them and not against them.

While I’m not a huge fan of the term, the role that a so-called “player-coach” plays in a team is very similar to the role that a Product Manager plays in the larger organization.  The “player-coach” role exists in all sorts of different parts of the company — in Sales, Marketing, Services, Support, and Development.  There’s a wide variety of titles that these people may have, or they may not even have a specific title that applies to their role — team leads, seniors, scrum masters, etc. are all possible indicators that someone is performing a “player-coach” role.  What you’re looking for is someone who doesn’t have direct authority over a team or a group of teams, but who is responsible for increasing their performance — often while actually being a participant in the exact work that the team is doing.  These folks are well aware of the challenges that you have as a Product Manager in pushing and pulling under the table to get things done — but their focus is going to usually be more on individual and team performance than on product- and strategy-level changes.  But, they have specific influence in the part of the organization in which they work — so they’re excellent allies to have when you need to gauge the response that a given team might have to something that you think needs to get done.

Ah, the glorious SME — all the knowledge, little of the responsibility, and zero authority.  Perhaps that’s overstating the fact, but many companies have employees whose primary role in the organization is actually simply to reflect their knowledge of the market, customer, product, or technology — and while they may ostensibly have other responsibilities that they do as an aside to these, those are not where their primary value lies.  These people are often senior in the organization, and often grew into their roles from the early days of the company or from an acquisition — and maintained their importance by making valuable contributions to product strategy.  Unfortunately, these are often roles which directly conflict with the role of an innovative Product Manager, but we rub each other wrong primarily because we’re often trying to do the same thing — use our influence and our knowledge to push the company in one direction or another.  If you have specific SMEs in your organization, you simply must build a strong and trusted relationship with them in order to be successful — trying to push against them is almost never a winning proposition, but leveraging their influence, knowledge, and experience (both inside the company and outside facing the customer) will allow you to be far more successful as a Product Manager than you will be without them.  This doesn’t mean that you kowtow to their whims — you need to build a peer relationship with them — but it does mean seriously engaging with them and listening to what they have to say before you push against them.

In any organization there are people that everyone knows, likes, and respects.  These people are usually well-known for their often-heroic efforts to help others and to provide whatever needs to be done in order to see others succeed.  They’re not leaders by title, they don’t have direct responsibility for the success of their team or others, but they’re looked up to by other people simply because they provide others with the means to succeed when they might otherwise slip.  They’re open to questions, succinct and direct in their answers, and always willing to lend a hand when they have the availability to do so.  They actively mentor those around them, participate in team discussions and retrospectives, and are constantly raising the expectations of those around them simply by doing what they do and being who they are.  These grass-roots influencers are the secret gold for any Product Manager to mine — they’re the people who others will listen to and respond to without even realizing that they’re being influenced.  They’re the voices of the ground-level troops that senior management takes seriously.  They’re the supporters that you want most when things are the most uncertain or unclear.  Because they’re the ones who can build a groundswell of support — or opposition — when you need it most.