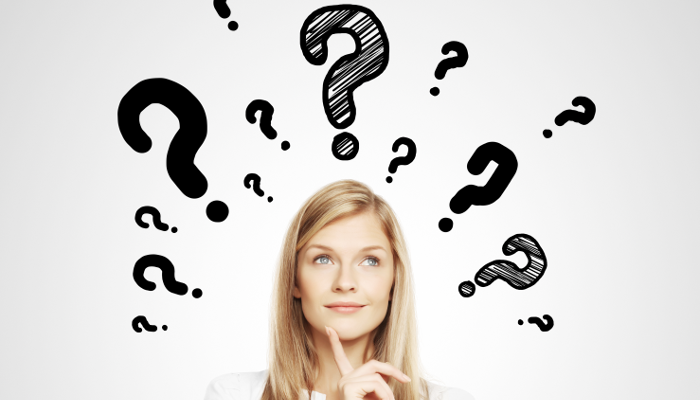 As with any vocation, there are many “tricks of the trade” that on develops as a Product Manager over time.  Most of these tricks are pretty basic, and seem entirely too obvious on reflection, but before you come to the realization that they’re important, they elude you.  One of the common problems that we run into as Product Managers is that our day-to-day jobs are so results-oriented and interrupt-driven that we often fail to take that very important time to reflect on what we’re doing, why we’re doing it, and how we’re doing it.

The thing is, that kind of introspection and reflection really doesn’t take a whole lot of time or effort.  In fact, it’s something that every Product Manager should do as a brief exercise either before they start their day, when/if they’re taking a break for lunch, or when you’re just about to pack everything up and head home at the end of the day (or even on your commute in to or away from work!).  Call it meditation, call it preparation, call it whatever you’d like, but every PM worth their salt should be asking themselves these three questions every single day!

Why Are We Doing What We’re Doing?

This is the single most important question that we should ask every single day is simply why we’re doing the things that we’re doing.  And we shouldn’t limit this question to just our own introspection — we should ask this of everyone in the organization who’s willing and interested in engaging on the subject (which, hopefully, is a large number of people!!).  As Product Managers, it’s our primary job to instill the discipline of customer focus throughout the organization, and the fastest way to do so is to probe whether or not the people who are thinking up ideas, plotting out strategy, or even executing their day-to-day roles actually understand why they’re doing what they’re doing.  Developers shouldn’t be working on user stories because “they were assigned to us”; marketers shouldn’t be crafting messages “so that we’re done in time for the trade show”; and upper management shouldn’t be creating new product goals “just because they sound good.”  Each and every person in the organization should have at least a surface-level understanding of why they’re doing what they’re doing and how it contributes to your customers’ success.  Only through constantly probing for these answers can we ensure that this focus on the customer and on the end user becomes internalized in the organization and part of the overall culture of the system that you’re working within.

And for us, we need to catch the warning signs early and often when we think there might be a disconnect between what we’re doing as a team and why we’re doing it.  It’s often the case that once a project is started, and gains sufficient inertia, it can be very difficult to pull back the reins and redirect those resources to something that’s actually more valuable.  But that’s our job — and that’s the Agile way: fail fast, fail often, and fail cheap.  The sooner you realize that a project or feature is just being built because it was a good idea at some point in the past, but that nobody can articulate how that feature will help the customer in the future, the better off you will be in the long run because you’ll be able to pull back on the forward momentum and hopefully redirect it toward something more valuable in the shorter term.  This is an incredibly tough thing, especially for new Product Managers —  but because it’s hard doesn’t mean that we shouldn’t do it; in fact, if we don’t do it, we’re enabling dysfunction that we’ll eventually incorporate into our own views and become apathetic.  And that’s the death knell for any product manager — apathy.

Are We Doing the Right Things?

Almost as important as understanding why we’re doing the things that we’re doing is to critically assess whether each and every thing that we’re working on currently is the right thing to be doing for our end users and our business strategy.  Take a look through your product backlog, and take a moment to correlate everything in the top 10 items or so to a specific user need that you’re trying to solve for and the aspect of the business strategy you’re working toward.  If you can’t quickly and clearly explain in your head how each of those items contributes to both of these goals, then you need to mark that item for follow-up, and even remove it from the backlog or push it down below the ones that you can clearly explain.

As Product Managers, backlog grooming and being certain that we’re working on the right things at the right time is likely the most visible part of our job to others, at least in an open and transparent organization.  When we make changes for the right reasons, or when we suspend something to confirm that it’s the right thing to do, we’re signalling to the other people in the organization that we’re walking the walk that we talk about when we discuss being agile and Agile in our practices.  We confirm that the end user and the customer are the touchpoints by which we make our decisions, and we’re holding both ourselves and the organization accountable for making sure that they’re customer-oriented in the things that they’re doing as well.  If we’re willing to suspend something that was high on the backlog to confirm that it’s the right thing to do, and that we’re doing it for the right reasons, we’re reinforcing this behavior — that it’s okay to stop what you’re doing and apply some critical thinking, and if it’s not the right thing, to deprioritize it for something that’s actually more important, more impactful, or more customer-centered.

Are We Targeting the Right Customers?

It’s all too common for Product Managers and their organizations to just assume that the customers you have now are the customers you should have, and the customers that you’ll have in the future.  But the fact is that markets, customers, and prospects are constantly changing in the modern world, and in order to ensure that we’re leveraging our solutions in the most impactful ways, we should constantly be asking ourselves whether our sales, marketing, and even product efforts are truly targeting the right people to derive value from what we do.  Especially in growth-phase companies, it’s often the mantra that “more is better” and often the practice for sales to go after as many deals as they can close, and/or as much money as they can extract from their prospects.  And, assuming that you’re doing  your homework and plotting out your market strategy and segmentation, that might be a great thing.  But, it can also pose some major challenges — large customers with deep pockets might have expectations of your platform that can’t actually be met.  Or, they might need certain “customizations” before they’re willing to sign on the line.  They might stretch your scalability and cause impacts to other paying customers.  Or, they might feel as though they “own” you once the deal is signed and things start moving forward, stressing your services and support teams with high-touch expectations that may not have been clearly communicated at the outset.

Knowing who your customers are, and who they should be is one of the understandings that allow Product Managers to work with Sales and Marketing to ensure that promises that are made during the marketing efforts and during the sales cycle are achievable and not distracting or disrupting. This knowledge allows the Product Manager to help craft messages and create collateral that focus the efforts on the right customers and prospects within the market segments that you want to nail, and rein in teams that may want to stretch those boundaries.  It also buys the Product Manager the trust and respect so that they’re kept in the loop when potentially distracting or disrupting deals start to take shape — it’s a simple truth that these will happen, but knowing about them ahead of time places you in a situation where you can influence the outcome, rather than being influenced by it.