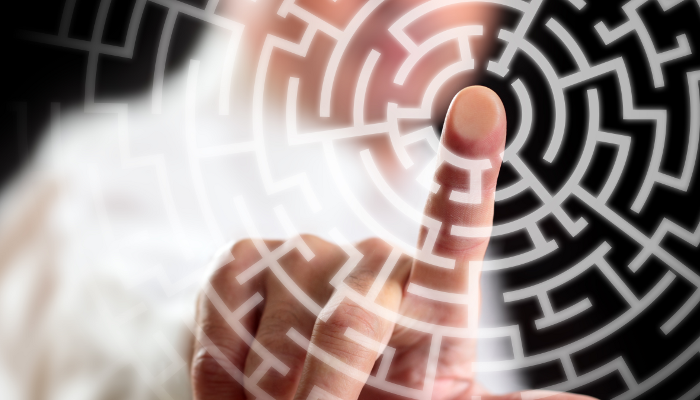 The common wisdom in the Product Management world is that more transparency is always better — transparency into the planning process, the roadmap, the product strategy, prioritization, design, development, etc.  And while transparency is certainly important, generally speaking, it can also have its dark side, especially when the culture in which you are being transparent doesn’t understand or respect the goals of transparency, and subverts your attempts to provide clarity and understanding in order to further their own agendas.

Rarely, however, is transparency itself to blame for these problems — rather, it’s transparency combined with other dysfunctional behavior, or transparency that’s not well thought-through or explained in a way that others understand why things are open and available.  When these behaviors or cultures converge on a transparent process, the outcomes aren’t always pretty.  Here are three examples of transparency that results in incongruous outcomes…

The worst kind of transparency is that which is not what it pretends to be.  You’ll often see this kind of alleged “transparency” in large organizations, where the upper management prides itself on “open door” policies and “transparent” processes which are mere window-dressing for decisions made in back rooms which are then broadly distributed throughout the organization.

Transparency isn’t just about communicating the outcome of a process, but in ensuring visibility into the steps that led to the outcome, and encouraging participation.

Let’s make something very clear — transparency is not simply about transparent results; it’s about an open and accommodating process that allows others to have access to the manner in which decisions are made, to understand the considerations that went into any specific outcome, and to provide the opportunity to influence the outcome through participation.  Transparency requires confidence that you’re doing the right things, in the right way, at the right time, so that when others pull aside the curtain to see what’s going on, they are sufficiently satisfied with what they discover.  Transparency is more than merely communicating what happens after the fact — it’s about opening the door to participation, new ideas, and even criticisms while the decisions are being made.  If all you’re doing is describing how your decisions are made, and then telling people what those decisions are after they’re made, you’re not really being transparent.

Let’s turn that transparency up to eleven this time, and see what happens when you’re too transparent, too soon.  In many cultures, things that are open are viewed as undecided — and when you open up your process to the eyes, ears, and hands of others, they might wind up taking advantage of that.  And when transparency goes too far, and winds up being over-inclusive, it often winds up paralyzing the ability of the teams to actually make — and stick to — any decision.

“If we’re Agile, then we can do anything, anytime we want, so long as it’s ‘important’, right?”

This happens a lot with teams that are transitioning to an Agile/Scrum approach to product development — where one of the fundamental principles is that the backlog and the sprint backlogs must be transparent and open to anyone to review at any time.  Unfortunately, early in the transition, this is often viewed as not simply a “view” into what the plan is, but open invitations for input, re-prioritization, and the introduction of new work in the middle of what’s already being done.  There’s a pattern of “If we’re Agile, then we can do anything at any time, so long as it’s important, right?” that is horribly dysfunctional and dangerous if it goes unchecked.

In order to prevent these kinds of disruptions, it’s important to level-set people when you’re beginning to open up your processes to transparency.  You need to engage with your stakeholders and set ground rules about when, where, and how feedback goes into the system.  Being transparent doesn’t mean you have to be a welcome mat for every new thought that comes into someone’s idea; rather, it means that what you do, how you do it, and what conclusions you come to are open for anyone to engage with, and that everyone understands when, where, and how that engagement is expected and encouraged.  Agile doesn’t mean you’re randomizing the backlog every time the CEO or the Sales VP has a new idea — it means that you’re open to reprioritization, based on frank discussions about what the goals are that you’re all trying to achieve.

Transparency That’s An Excuse For Indecision

The last form of transparency dysfunction that I’ve often encountered is the kind of transparency that’s used as an excuse for indecision, or worse.  This kind of transparency is the kind that is presented out to the organization, but that never follows up with active encouragement of participation.  It’s the discussion with Sales where the PM tells them, “You had your opportunity to work with us on prioritization; in the absence of your input, this is what we came up with.”  It’s a passive-aggressive form of transparency that lords the process over those who may not be focused on your job on a day-to-day basis, and one that leads inevitably to bitter feelings and a sense of “us v. them” within the organization.

Transparency is not a passive practice; it requires that you ensure that others are aware of their opportunities for input, and that you encourage them to provide the right feedback at the right times.

The simple fact is, transparency isn’t something that you just let happen — it’s not a passive practice.  Rather, it’s a concept that places a positive duty on those who wish to claim it — not only to ensure that people know when and where their feedback should be presented, but also to actively engage with them to ensure that any feedback that they might want to give is readily passed on at those appropriate times.  The simple fact is, the other stakeholders in your organization do not live and die by your product strategy and your development backlog; in fact, if you’re doing your job right, they likely only interact with those things at the management level, and even then maybe only really engage on a monthly or quarterly basis, when the longer-term strategic decisions are reviewed.  Rather, sales is focused on their sales goals; marketing is focused on their next big event; development is focused on their day-to-day deliver; services is focused on helping clients achieve their goals for the quarter.  While you may be the hub around which the company rotates, you’re not the sun upon which all the planets depend and around which all the planets rotate.  You need to actively engage your stakeholders when decisions are being made, when discussions are being had, and when important issues arise — you cannot approach these things from a Field of Dreams perspective; if you build it, they will not just come.  You need to reach out and ensure that your claims of transparency into the process and the outcomes are supported by the engagement and involvement of others who may have different day-to-day interests than you do.  Only by walking the walk will you truly be able to ensure that your plans are the least impacted while the most visible.