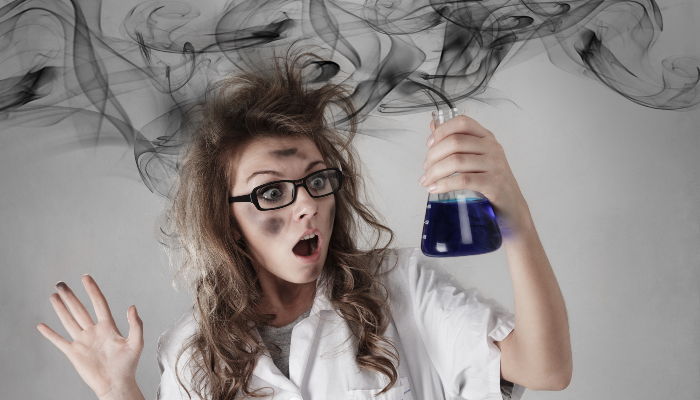 Every so often, the question comes up in conversation or online — “What’s the biggest mistake that a PM can make?”  And it’s actually a hard question to answer, because there are so many possible candidates:

But I think the single biggest mistake any PM can make is hiding the truth from the stakeholders and from upper management, which is a mistake that many make and many feel forced to make on a daily basis.  Here are some common causes and ways to avoid this incredibly serious mistake…

We all lie on occasion – usually just the little white lies to keep the social fabric intact, or to keep a surprise a secret.  There’s really no denying this, so why is is such a big deal to withhold the truth sometimes from management and stakeholders — after all, it can buy us some time to figure out how to fix it if something’s gone wrong, right?

The primary role of a Product Manager is to be a trusted advisor and intermediary between the various business units that all work together to create a valuable solution for your customers and clients.  The minute you start to think that you can keep something from someone — no matter the reason you may convince yourself of — you’re risking that trust and social capital with the person whom you’re keeping in the dark.  And, since social capital is your life’s blood as a Product Manager, risking that account on a whim seems rather silly.  Plus, the person you’re trying to hide this from is going to find out.  They are; you’re not that good, and you don’t actually have control of everyone involved.  Rather, someone is going to let it slip — hopefully, unintentionally, but not necessarily — and when they do, all that trust and social capital that you’ve been trying so hard to build evaporates in an instant.  You wouldn’t rely on someone you can’t trust, would you?  So why should anyone else?

There are numerous reasons why a Product Manager might hide something from their stakeholders or their upper management.  Some are cultural, some are personal, some appear reasonable on the surface, others are ego-driven — but all are false, and all of them risk more than they’re worth.

I’ve worked in many places where nobody was permitted to give bad news.  All projects were “green” when reported by Project or Product Management, regardless of whether they were ahead of schedule or 9 weeks behind schedule.  This lent a certain false feeling of safety and security on the part of the management teams, who pushed pressure downward on their contributors to ensure that nothing bad left the team.  And, unsurprisingly, when things were broken, or when corners were cut, or when dates slipped, everyone wondered what the hell was going on, and the shit flowed downhill to — you guessed it — the Project and Product Management teams responsible.  Good teams had sufficient evidence in email or other tools to shield themselves from major consequences, but after the bluster things went back to normal and everything was “green” again.

Obviously, this is dysfunctional — you’d be insane not to see that.  But it happens all too often, because there’s fear that a “yellow” or a “red” light means that the team (or the manager) has failed.  Clearly, we all know that’s not the truth — there are a ton of tools and tricks in our Product Management bag to recover from a “yellow” or “red” indicator, but to be able to react appropriately, and to defend those actions when they’re questioned, we have to be honest about the situation.  It could well be that the CEO likes to kill the messenger — which is why you never report a “yellow” or “red” without also identifying the mitigation plan.  Demonstrating not only that you can report a truthful status, but also that you know how to manage out of it — even if that means cutting scope, or changing the expected date, or some other Product Management magic — does nothing but help you build trust and credibility.

We all want to do well.  We all want others to perceive us as doing well.  “Green” lights make us look good in others’ eyes.  So, we have a natural tendency (and behavioral incentive) to ensure that those “green” lights stay lit as long as possible.

There’s nothing wrong with that — we should work as hard as we can to keep our projects and products on track for on-time, at-cost delivery.

But it becomes dysfunctional when we bend the truth to make that “green” light stay lit just a little longer than perhaps it should.  And each time we do that, the line where “green” becomes “yellow” and where “yellow” becomes “red” gets a little blurrier and a little more risk-averse.  And each time this happens, we’re risking our credibility a little more, until eventually everything’s “green” all the time, and when we miss, we’re the ones responsible.

I think of risk like I think of a Band-Aid…when you want to take it off, you don’t slowly peel it and pull every single hair off your arm — you pull it off quickly, and while there’s a little pain, it quickly recedes.  The same goes for risk assessment and risk reporting — if you report it when it happens, with a mitigation plan in place, then the pain is quick and then gone.  People can see that things are progressing, that you have a handle on them, and that you understand how to move them forward.  That is something to be known for.  The alternative is to hide the ball from others, so that when things spiral into an uncontrollable tailspin, the only one to blame is you.

It’s actually surprisingly simple to ensure that you don’t fall into these traps — and even in “green light” cultures, simply reporting accurate risk to others and following it with mitigation plans can change that culture.  It might be slow, and it might be painful at first, but if the project is really “yellow” then it’s “yellow” — and if you back it with data, it’s hard for someone to argue against it without making it clear they’re trying to mislead others…which nobody wants to be called out for.

Here are a few tips on how to ensure that you don’t fall into the trap of “all green, all the time”…