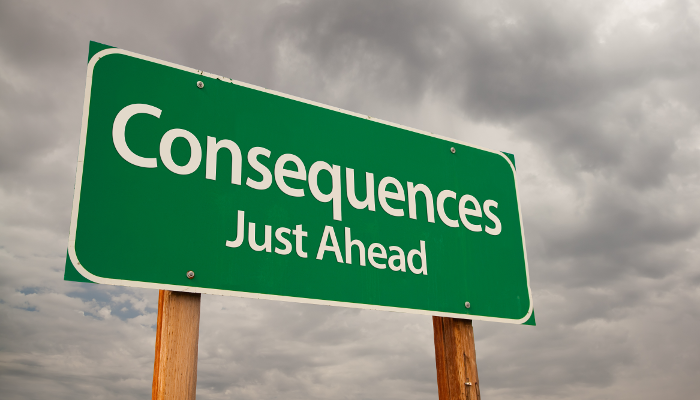 Almost by definition, leadership involves influencing people — whether that is through direct action and orders, or through indirect influence, the end result is that a leader convinces people to take action toward a particular goal or through particular means.

Generally speaking, this is a good thing — a good, strong leader can create a vision of the potential future that others want to work toward bringing about.  However, there is also a hidden side of leadership that’s often overlooked, the “dark side” of leadership that can actually cause more randomization and chaos than it can structure and vision.

Throughout my career as a product manager, I’ve encountered leaders who didn’t realize the actual impacts of their actions on the teams that they were leading.  These folks didn’t intend to cause chaos and randomization, but they were not cognizant of the subtle effects that their roles had on what otherwise would have been innocuous suggestions or comments.

Why Did They Do That?

Perhaps the most common leadership situation that leads to unintended consequences is one in which the leader provides what is intended as an offhand, non-directive comment that is taken by the recipient as actually directive.  I’ve seen this happen so very often with CEOs in particular that it’s become a bit of a pet peeve of mine.  In the vast majority of cultures, the power differential between the CEO and an individual contributor is so vast (or perceived as such by that individual contributor) that they will view any comment as a directive or instruction that they will probably act on.  CEO’s who talk and interact with their individual contributors — as a rule — need to be aware of this and adjust their feedback accordingly.  This doesn’t mean that there should be unnecessary formality involved in such discussions, nor that direct feedback and comments shouldn’t be given — but the CEO (or any leader) should be mindful about how they provide the feedback, and precisely what is said.

Jim’s the CEO of a small tech company, and prides himself on being actively involved in the strategy, design, and development of his products.  He sits in on demos and listens to what’s being said, watches what’s been done, and speaks freely among everyone in the room.  He views his company as an egalitarian workplace, so he’s unconcerned about status and power and authority, and encourages others to be as well.  But he can’t figure out why, after each demo, there seems to be more work that the devs need to do, rather than less.  Jim feels as though he’s giving constructive feedback, but what he’s really doing is shooting from the hip, mixing strategy in with tactics, and seeing the product two steps ahead of where it is.  The devs involved feel as though they’re never hitting the target, which they may also feel is moving constantly and shifting for them as they work.  Jim needs to understand that, regardless of the culture he wants for his company, the culture he is in is one in which there’s a power differential and an innate need to please the head of the company — in these meetings, he needs to focus on the task at hand and encourage the efforts that are working, while maintaining a habit of correcting in private if he sees something wrong.

This is particularly troublesome in companies who have experienced rapid growth, where the culture was once one of hands-on, direct and uncompromising feedback, and where everyone was pushing constantly for the vision of the future.  As companies grow, and products mature, efforts and personnel become more specialized and specific, and there needs to be an equal adjustment on the side of the leadership to

Why Don’t They Feel Appreciated?

Another common situation that arises as a result of the unintended consequences of a leader’s behavior is for people to feel as though the leader doesn’t really appreciate the work that they do — either as individuals or teams.  It’s extremely common for a good leader to get so lost in the future vision that they want to being bring to bear, that they overlook the specific tactical steps that people are working hard on to get them there.  And while it’s important to have that future vision and to reinforce it, it’s equally important to explicitly and clearly thank people whenever possible for the work that they are doing, and to do so only for the work done and not as a step toward the future.

For example, let’s say Joe is a junior developer, and Mary is the VP of Product Development.  Joe doesn’t really interact directly with Mary very often — he sees her in the office, she approves his yearly reviews, and they talk on occasion at company events.  One day, Joe has completed some key piece of work on a strategically-important piece of the product, and Mary walks over casually to talk to him about it and see it working in development.  Joe walks her through the work that he’s done, which is rough and a little buggy — after all, it’s just “finished” and ready for iteration.  Mary takes a look at what’s done, and is impressed, telling Joe that “That’s a great first step, I can’t wait to see it polished up.”  Mary thinks that this is encouraging, that she’s confirming the work that Jim’s done, but she’s looking too far forward and planning the next step when she should be directly congratulating Jim for his contribution to the product’s (and the company’s) success!

Why Aren’t They Doing What I Say?

On the opposite side of the spectrum are situations where people do things that appear to be in complete opposition of the leader’s stated vision or strategy for the product or company.  This is particularly noticeable in the context of sales teams who target the “wrong” market or customer segment in the eyes of leadership, regardless of continued direction from above to expand or narrow the focus on a different kind of customer.

All too often, this is simply a case of people doing what they’re being rewarded for, rather than what they’re being directed to do.  And it often winds up being something that’s easily remedied once it’s identified for what it is.  This doesn’t always have to be a compensation issue (though it often is with regard to sales teams — comp plans will always direct sales people more than instructions from above), it could be that social rewards or intangible rewards are given for behaviors that are counter to the stated goals of the company.  For instance, if people are rewarded for doing their work as fast as possible, then the quality of that work will nearly always wind up suffering at some point — especially as more people try to do things even faster for that attention and praise.

For the vast majority of leadership faux pas such as these, it’s really just a matter of understanding that, as a leader, you probably have more direct power than you think you do, and being mindful of what you’re saying to others in “subordinate” positions as well as how you’re saying it.

Just a few things to keep in mind: