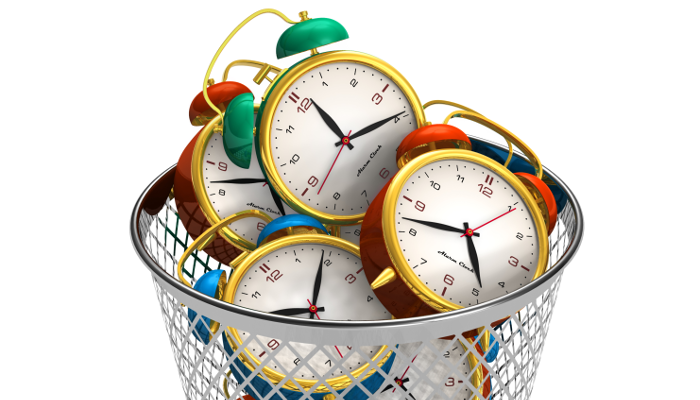 With Agile development and Lean practices so popular nowadays, sometimes the history behind these practices and philosophies is overlooked or skipped over entirely.  Unfortunately, when people miss the underpinnings upon which these concepts are based, they also tend to distort and remake those principles into something that only barely resembles the original concepts behind them.

Most of what we consider to be modern “Agile” and “Lean” approaches to product design, development, and implementation all stem from a variety of manufacturing principles that coalesced into the Toyota Production System in the late 1940s.  This process was a vast departure from the Western approach to production lines — the interchangeable parts an always-moving production line, in which people were just another cog in the wheel.  Rather, the TPS system focused on several principles designed to implement systemic processes to allow people to provide feedback into the work being done and how it might be improved.  The development of these principles, and their application in the “Toyota” way slowly built between the 40s into the 70s, where it became more broadly adopted under the guise of “just-in-time manufacturing.”

Many books have been written on the TPS process (with all apologies to Office Space fans), and I would encourage people interested in the history to do some research — but for this article I wanted to focus on what the TPS system views as “waste” and how each is specifically defined, because when we talk about Agile and Lean trying to eliminate “waste”, we probably really mean one of these three things:

Muda is the term adopted by the TPS system that generally refers to waste introduced by people or processes that result in inefficient delivery of product — where efficiency is measured by the consumption of resources.  Muda assumes that there is some base level of resources necessary to deliver some product, and when we exceed that base level, we are introducing waste into the process.  Analyzing a process for muda requires that you segregate out work that is actually being done into two buckets:  value-adding work (“actual work”) and waste.  But you’re not done there — once you have identified “waste,” you then have to bucket that work into work that needs to be done but does not add value (“auxiliary work”) and work that not only does not need to be done but that also adds no value (“true waste”).

The distinction between these three types of work is essential to understanding how the TPS system works, and how we as Agile and Lean practitioners should view our current world — it’s not sufficient to just shove things into two buckets of “work” and “waste” because it ignores the unrelated necessities that influence what we do and how we do it.  This is, in my opinion, one of the root causes of the #noestimates movement — they consider estimates to be “waste” without any additional analysis.  And, to be fair, they’re right — but more often than not, estimates fall into the “auxiliary work” category (when they’re done right, and for the right reasons) rather than the “true waste” category.

The reason it’s important to segregate “auxiliary work” from “true waste” is that you can usually immediately put plans in place to eliminate “true waste” — someone is highly unlikely to be concerned about getting rid of some amount of work that’s neither adding value, nor required by some internal or external dependency.  However, when you start to look at “auxiliary work,” you have to deal with those dependencies — and that is where the real work of Agile and Lean principles comes into play.  The TPS system, and its descendants, require that we challenge “auxiliary work” and that we minimize its impact on the outcome, but not necessarily eliminate it entirely.  Thus, with something like estimates which have no real, discernible benefit to the development teams (arguably), but which provide the business side of the house with some basis on which to plan and hold development teams accountable, we shouldn’t necessarily seek to eliminate it but rather to reduce its impact so that the teams can do their work with as minimum an amount of muda as possible.

The goal is not to eliminate all auxiliary work, but rather to minimize its impact on the process resulting in product.

So many people focus on muda when talking about TPS and other lean manufacturing systems — not to mention Agile and Lean development — that the other two forms of waste are often completely overlooked.  But, they’re just as important to keep in mind when you’re working on delivering a product as “actual waste”!  One of these is mura, or unevenness, is a key component of “just-in-time” production, a system which relies on predictability and uniformity.  The goal of “just-in-time” is to reduce the overhead necessary to maintain inventory of parts, supplies, or anything related to the production line — as something is needed, it is requested; when it is requested, it is supplied; when it is supplied, it is used.  It’s a cycle that relies on regularity in the tools being used as well as the outcome being produced.  Mura rears its ugly head in software development in a variety of ways, but the most obvious are in testing and in the user story/requirements process.

Unevenness in output can be prevented most clearly by testing the product while it’s under development.  Whether this uses manual, “black box” testers or automated testing tools is ultimately up to the team and the resources that are available to them.  But there must be testing in order to avoid mura in the product; it is no excuse whatsoever to skip testing because you’re focused on delivery.  In fact, doing so simply pushes off the cost of your waste into future work, or onto customers who are relying on your product to be effective, efficient, and predictable.  There can be no “cowboy coding” or “testing in production” if you intend for your product to live up to the goals of lean processes.

Another place where unevenness shows up is in requirements definition and the use of user stories.  Much as the “just-in-time” production line relies on predictable inputs and predictable components to achieve its goals, an active development team needs to know what they can expect from their Product Managers in terms of requirements, acceptance criteria, and how user stories will be developed throughout the development process.  Having unpredictable, irregular, or randomly-dropped user stories is a primary cause of mura in many companies — similarly, writing strict requirements that are so detailed that they hem in the developers to a specific implementation that may or may not be acceptable given the tools and capabilities available to the team can also cause mura, as the team now needs new “parts” to build the product.

Agile software development, like manufacturing, relies on just-in-time principles that expect regular, predictable, and reliable inputs to create a known and expected output.

The final, and perhaps most overlooked, of the concepts of waste that the TPS production process identifies and attempts to reduce, is muri — the lack of standardization or clear expectations placed on the people who actually build the product.  The attempt to reduce muri in a TPS-based system, is evidenced by the standardization of processes into clearly defined, repeatable, and teachable components; the identification of tools and technology to make the repeated tasks easier and less burdensome on the people required to do them; and a reasonable expectation of the time and effort required to deliver their piece of work along the production line.  All of these things — which generally focus around having clear, reasonable, and stated expectations — tend to have an overall positive effect on the morale of employees, and tend to decrease both other types of waste, muda and mura.  People who know what they’re expected to do simply do a better job and create better, more predictable outputs; the opposite is also true, when expectations and processes are unclear, people often struggle to perform and care less about the outcome.

While it is absolutely true that one of the fundamental principles of Agile (and through inheritance, Lean) that we value “Individuals and Interactions over Processes and Tools“, far too many people forget that there’s an “over” statement there, and neglect to recall that “while there is value in the items on the right, we value the items on the left more.”  Agile, as it has grown from the Agile Manifesto, does not require that we have no process; rather, it wants us to minimize process in favor of interactions between people.  This means, further, that where we have processes, if we wish to reduce muri in our workplace, those processes must be clearly defined, teachable, and followed to the extent that they produce value — and alterted if they are not producing value.  I’ve worked in many companies where their biggest problem was not waste in the product or the process, not in the regularity or predictability of their inputs and outputs, but rather in the inability of their teams to follow anything resembling a predictable, reliable process.  Nobody knew what their responsibilities were, so nobody had any accountability for the final product.  While rarely the most obvious of the forms of waste, muri is, in my opinion, one of the most harmful and insidious.

Agile doesn’t require that we have no process; it requires that we value interactions over process — but where we do have process, it should be clear, defined, and teachable.

Reducing Waste as a Product Manager

Now that we understand a little more about the types and forms of waste that the TPS system, and — through time — Agile and Lean practices, have attempted to identify and reduce, what can we as Product Managers do to improve the processes, inputs, and outputs of the teams we work with on a daily basis?  Here are a few things: